4 of the Most Haunted Places in North Wales

Ghost and paranormal activity fanatics head to North Wales all throughout the year to come and explore these historical houses and experience ghostly activity. Take a look at our Wales holiday homes for sale, so you can discover the ghostly sightings whenever you choose!

It is not only the houses that are haunted here, but there are also castles, graveyards, ruins and much more that all hold the presence of a person who walked the world before us. The lure of the haunted buildings and the spine-chilling tours takes you on an immersive journey of the senses and the world beyond the here and now, and gives you an insight into the history and people that have made the area what it is today. 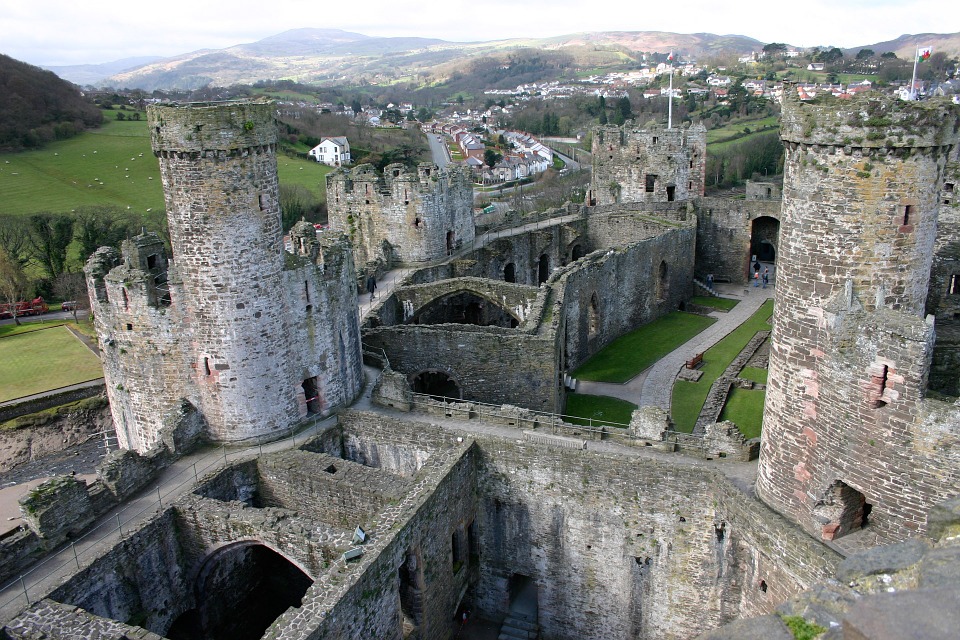 The World Heritage Site, built between 1283 and 1287, is one of the best examples of a 13th and 14th-century military building in Europe. The building has been used as an abbey for monks, a house for royalty and as a prison, and is said to be one of the most haunted places in Wales. In some of the eight towers of the castle, visitors have claimed to have been overcome with an unexplained fright. Another common occurrence is a monk dressed in a robe, appearing in corridors. Various silhouettes have also been spotted staring at visitors from the windows, and dark figures watching the town below from the battlements. Many reported sightings of ghostly apparitions include people in medieval clothing, including one in full battle armour. Sometimes people have commented on the smell of incense in the old chapel, though none is being burnt!

The 14th-century merchant’s house is one of the oldest recorded dwelling houses in Wales; it is now owned and maintained by the National Trust who welcome visitors to come and view the incredible building and gain an insight into the life of the residents throughout history. Employees at the building have noticed that items in the gift shop have been moved during the night when they know that no one had access to the building or was inside it since they had last been there. The loft seems to be where most visitors sense activity; footsteps have been heard, doors rattle and open and close, even when there is no one in that part of the building, and there is sometimes a strong scent of flowers, though none have been freshly put on display. The ghosts that have been sighted are a man, dressed in early Victorian clothing, who died in the house.

The decaying and derelict North Wales Hospital, also known as the Denbigh Asylum, looks like an eerie and spooky place, even if you didn’t know people have had ghost encounters there. It was built between 1844 and 1848 and was initially designed to have 200 mentally ill patients, though was eventually home to 1500 patients. People with dementia and depression were sent to this hospital, where terrible and unimaginable methods of treatment were used. The broken windows, mouldy walls, fallen through floors and overgrown garden are a favourite paranormal spot for many ghost enthusiasts from all over the world.  People claim to have heard and recorded voices, knocking and doors slamming. The television program ‘Most Haunted’ visited the site in 2008, and figures of matrons and lab assistants are said to have been seen wandering around the building. It is not open to the public, and several fires have damaged the building over recent years.

The Plas Mawr has also been featured on the television program ‘Most Haunted’, and many visitors have said to have seen and felt ghosts in the building, which was constructed in the late 1500s. A regular sighting is of the previous resident and wife of the original owner Robert Wynn, Lady Wynn, dressed in a grey gown, who tragically died when pregnant. Another is a man who people believe is a doctor who came to attend a sick patient in the building and on his visit, ended up dying. Poltergeist activity has been noted in Plas Mawr too, such as echoing footsteps, the smell of tobacco, doors opening by themselves, and a ghostly black cat running down the hallway. The house is now a tourist attraction, operated by Cadw, and is a Grade I listed building, as it is said to be one of the finest surviving town houses of the Elizabethan era.

Are you someone who loves to seek out the supernatural and paranormal? Why not head to one of the most haunted houses in North Wales and find out if you get a similar feeling while you are there! We’d love to hear about a ghostly experience!

Some of our other blogs that may interest you: